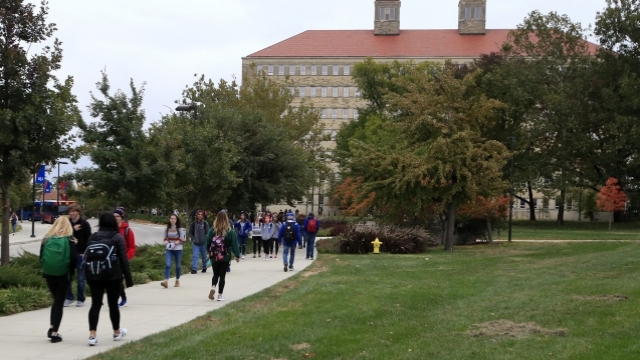 President Joe Biden said Thursday that he's "taking a hard look" at canceling additional federal student loan debt and will reach a decision within a month.

"I am considering dealing with some debt reduction," President Biden told reporters in the Roosevelt Room at the White House.

The comments came days after President Biden had a private meeting with Democratic lawmakers who pressed him on the issue. One of the lawmakers, Rep. Tony Cardenas, D-Calif., said afterwards that President Biden disclosed he was exploring the possibility.

However, President Biden signaled in his Thursday remarks that he wouldn't go as far as some activists want, saying $50,000 in debt forgiveness was not under consideration. He did not give a number for what he was considering.

"I'm in the process of taking a hard look at whether or not there will be additional debt forgiveness," he said. "And I'll have an answer on that in the next couple of weeks."

During his campaign, President Biden said he wanted to "immediately cancel" at least $10,000 in student debt per person. So far he's repeatedly extended a pause on requiring borrowers to repay their loans, a moratorium that was put in place under then-President Donald Trump near the beginning of the COVID-19 pandemic.

Although activists have been encouraged by their increasing traction on this issue, some said they were concerned that President Biden wouldn't go far enough.

"President Biden, we agree that we shouldn't cancel $50,000 in student loan debt. We should cancel all of it," said Wisdom Cole, national director of the NAACP Youth & College Division. "$50,000 was just the bottom line."

White House press secretary Jen Psaki said Thursday that President Biden was still considering whether to tie debt relief to borrowers' income levels, an idea he's floated in the past. She said it's "certainly something he would be looking at."

She rejected criticism from Sen. Mitt Romney, R-Utah, and others that debt relief amounts to a political giveaway.

President Biden's goal, Psaki said, is to "continue to provide relief to people who need it most, to help people get some extra breathing room."