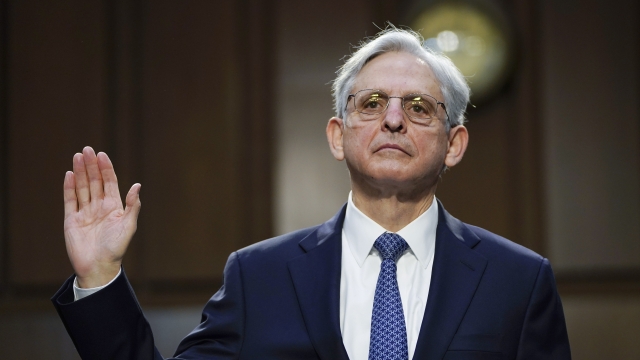 Nearly five years after his nomination to the Supreme Court, Judge Merrick Garland finally received a confirmation hearing before the Senate Judiciary Committee -- this time, as President Biden’s nominee for attorney general.

Back in 2016, President Barack Obama's third Supreme Court pick was denied an opportunity to appear before the same committee by Senate Republicans, with the open seat eventually taken by Neil Gorsuch, nominated in 2017 by President Donald Trump.

“I think you are a very good pick for this job,” Republican Sen. Lindsey Graham of South Carolina told Garland Monday.

But questions about political interference remain relevant amid an ongoing probe into surveillance in the 2016 election, and as the U.S. Attorney in Delaware continues an investigation into Hunter Biden's taxes.

Less than a mile away, the department Garland is set to run continues its largest ongoing public investigation: into the events at the Capitol on Jan. 6.

“One of the very first things that I will do is get a briefing on the progress of this investigation,” Garland told the Judiciary Committee on Monday. “I intend to make sure that we look more broadly at where this is coming from, what other groups there might be that could raise the same problem in the future.”

A final confirmation vote for Garland could come as soon as next week.