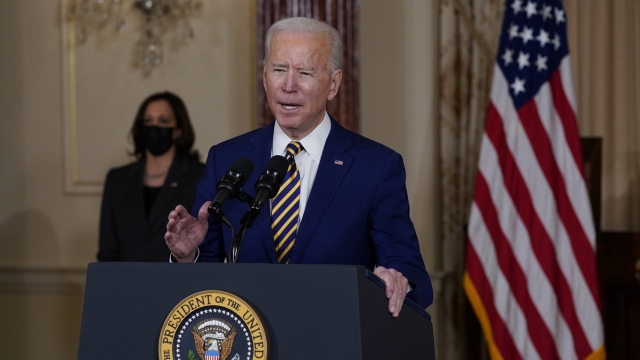 He announced a new executive order to drastically raise the refugee admissions cap in his first fiscal year in office.

The president said he is using an executive order to restore the refugee admissions program back to 125,000 people through the first full fiscal year of the Biden-Harris administration.

The president also announced an end to all American support for offensive operations in the war in Yemen, including relevant arm sales.