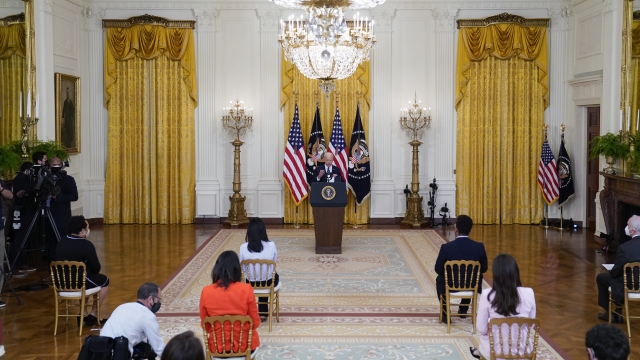 In his first official news conference, President Biden blamed the Trump administration for the influx of migrants at the southern border and overcrowding at Border Patrol facilities. He said his administration is working to scale up capacity and address conditions in migrants' home countries to mitigate their reasons for leaving.

"Well, they're already getting better, but they're going to get a whole hell of a lot better real quick," he said. "We can get this done."

The president also denied that the surge of unaccompanied kids is because of his rollback of Trump administration policies. Republicans say the rollbacks sent a message to migrants that they're welcome in the U.S.