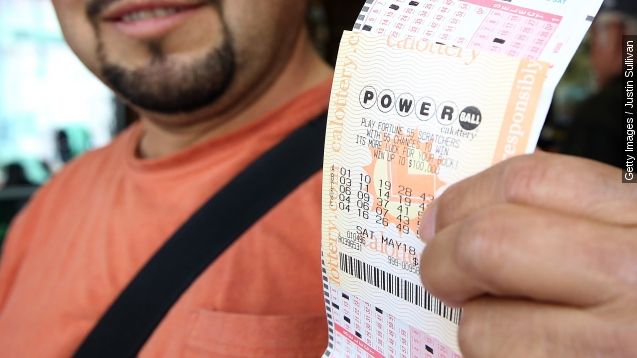 The Powerball jackpot surged to $500 million Wednesday, the sixth largest in U.S. history.

This is the biggest jackpot since February's $564 million that winners in North Carolina, Texas and Puerto Rico claimed.

For Wednesday's Powerball, winners could choose to get their winnings paid out over the next 29 years, or take a cut and get $300 million in cash immediately.

People have until 10:59 p.m. Eastern time to play. If you do wind up buying a ticket, it's probably best to not get sentimental and pick numbers based on birthdays or anniversaries. ABC says 70 percent of winners used computer generated numbers. (Video via KTRK)

Don't get too hopeful, either. The odds of winning are about one to 292 million.