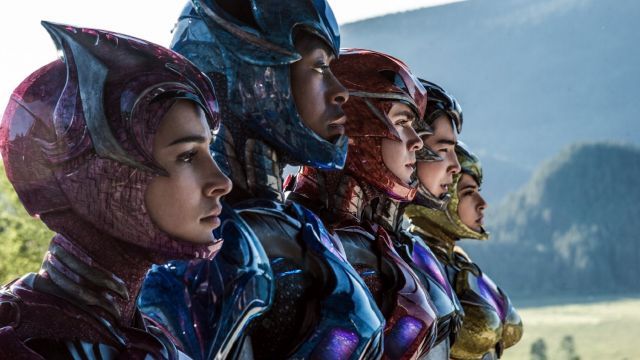 SMS
'Power Rangers' Shows Its Millennial Appeal With $40M Opening Weekend
By Jamal Andress
By Jamal Andress
March 26, 2017
"Beauty and the Beast" is well on its way to a billion dollars worldwide, and "Power Rangers" brings millennials out in droves to the multiplex.
SHOW TRANSCRIPT

With "Beauty and the Beast" and the mighty morphin' "Power Rangers" taking over theaters this weekend, there's never been a better time to be a kid at the movies — or a '90s baby who may or may not still own his Red Ranger Halloween costume.

But before we get to the teenage superheroes, continuing to dominate the box office is Disney's "Beauty and the Beast," bringing in an estimated $88 million in its second week out. That's good for the fourth largest 10-day total of all time, falling right behind "Jurassic World" and "The Avengers."

Also, the tale as old as time is well on its way to a billion dollars worldwide. Between the domestic and foreign box office, "Beauty and the Beast" has grossed upward of $690 million.

Taking the No. 2 spot this week is everyone's favorite kid show all grown up. The "Power Rangers" brought in an estimated $40.5 million in its domestic debut — a solid start domestically for a film that cost about $100 million to produce.

Like most reboots, this film notably benefited from fully grown nerds like myself who were fans of the original series as kids. Nearly 40 percent of moviegoers who saw "Power Rangers" this weekend are between 25 and 34 years old. 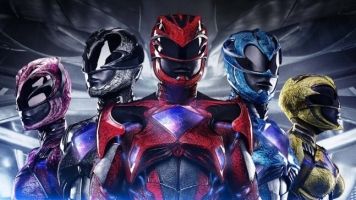 One Of The Power Rangers Is Going To Be Gay

Which is not surprising when you consider the popularity of the original show. During the height of its powers, Zordon, Alpha 5 and the Rangers were averaging 6.9 million viewers per day.

And for what it's worth, it seems like audiences really enjoyed this blast from the past even if the professional movie critics didn't.

"I think low expectations are really crucial for your enjoyment," Christy Lemire said on "What The Flick?!"

Dropping to third place this weekend is "Kong Skull Island," bringing in an estimated $14 million.

As for next week, Alec Baldwin takes a break from "Saturday Night Live" to play a baby in "The Boss Baby."