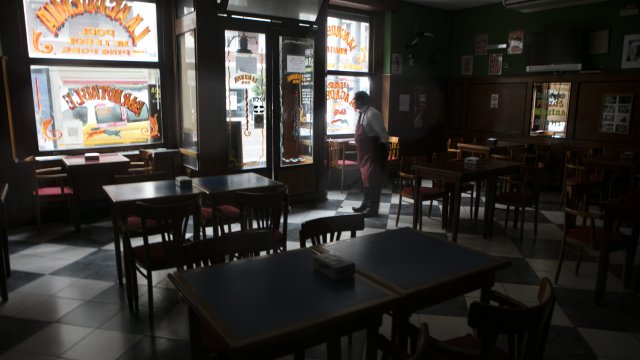 "The cause had been a total failure of the system. ... The total blackout."

Utility officials, politicians and citizens want to know why the lights went out for nearly 50 million people in Argentina and neighboring countries over the weekend.

Power stations went down Sunday at two hydroelectric dams, o and Salto Grande, in northeast Argentina at 7 a.m. local time. That contributed to a system-wide meltdown, and 44 million Argentines lost electricity. The outages spread to Uruguay and large swaths of Paraguay.

The lights were mostly back on Sunday night. But calls to investigate the system failure were searing.

Argentine President Mauricio Macri said, "This is an unprecedented case that will be investigated thoroughly."

The power outage occurred as some Argentine provinces were holding gubernatorial elections. People voted by the light of their cellphones. Transit systems were shut down after lights went off at the Constitucion railway station in Buenos Aires, at the historic Teatro Colón opera house and the entire length of Avenida 9 de Julio, Argentina's most famous boulevard.

Uruguay's utility company says its power was disrupted for hours. Service was restored in Paraguay by redirecting energy from a hydroelectric plant shared with Brazil.

Argentine officials said the outage should have been a localized event, and the system failure is raising questions over lack of investment in the country's electrical grid. President Macri has previously cut government subsidies to Argentina's utilities, accusing them of years of mismanagement.