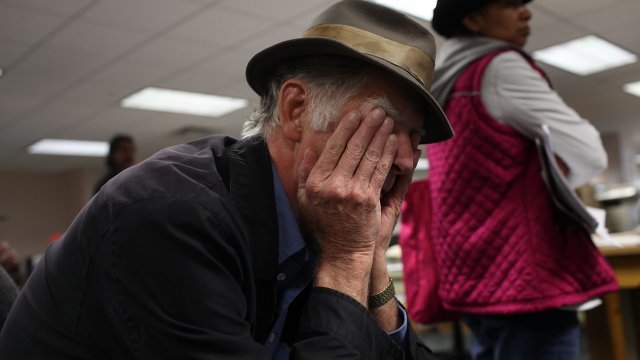 Research shows poverty can have a profound effect on how you think as well as your decision-making.

Does being poor lead to poor decisions? That's the question at the heart of much of the work of University of Chicago's Anuj Shah for the past five years.

"People start from the assumption that there must be a reason that some people are wealthy and some people are poor. And so when they look at somebody that's not well off, they assume there's some reason why they're there that they are responsible for," Shah said.

But more and more research, including Shah's latest work, argues the opposite.

"A lot of times people say that poor individuals are not smart and that's why they're poor. ... No. It's the lack of money itself that makes it hard to think clearly about different problems," Shah said.

Shah's research shows poverty can have a profound effect on how you think — affecting what's top of mind, what you associate with money and your decision-making.

In many cases, people who live in poverty are forced to think critically about everyday decisions — groceries, trips to the doctor, where to get gas — and while thinking critically about those small things so regularly can have a positive effect in the short term, Shah speculates in the long term it can result in what's called "cognitive fatigue" — mental tiredness from an overworked brain.

Shah's study, called "Money in the Mental Lives of the Poor," shows low-income individuals think about finances far more often than the wealthy. One of Shah's tests for this theory was asking poor and wealthy participants to recall a word list.

What Low-Income Students Pursuing STEM Fields Are Up Against

More colleges are focused on offering support and financial help to low-income students in STEM majors.

Past research has shown poverty is such a burden on the brain it can actually hurt our ability to execute fundamental life skills. Researchers say the mental burden is like losing 13 IQ points or an entire night's sleep.

And Shah believes the constant concern with finances that low-income people showed during his study is part of the "cognitive fatigue" that past research has addressed.

Shah believes these findings should force lawmakers to reconsider how they think about assistance.

"Providing cash assistance or some other assistance, it doesn't just deal with the immediate financial problem. It also frees up some mental bandwidth, as well to say I don't have to worry as much about this," Shah said.