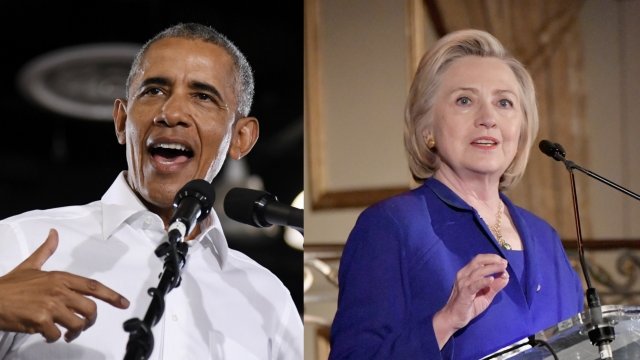 The U.S. Secret Service intercepted two suspicious packages — one addressed to former President Barack Obama and the other addressed to Hillary Clinton.

The package addressed to Obama's Washington, D.C., home was discovered early Wednesday morning. The other one addressed to Clinton's home in New York was found Tuesday night.

These packages were reportedly similar to the one sent to billionaire George Soros on Monday.

Since the Clintons and Obamas are still under Secret Service protection, their mail is regularly screened, and that's when the packages were detected as "potential explosive devices." The agency said neither family was at risk since the packages were not delivered.

The Secret Service has launched a criminal investigation.