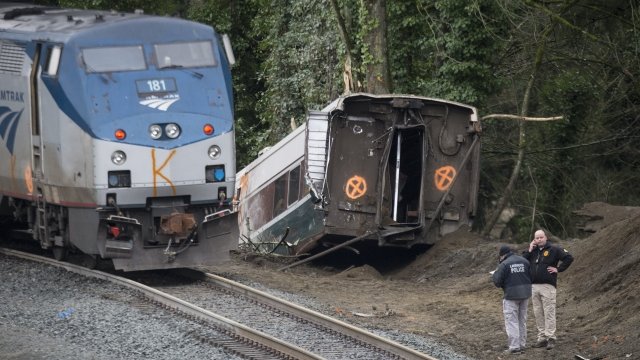 Officials say an Amtrak train that went off the tracks in Washington state wasn't using safety technology that could've helped prevent the crash.

PTC is designed to automatically slow down or stop a train before certain accidents occur — including derailments caused by excessive speed.

Back in 2008, Congress gave Amtrak and other rail companies until the end of 2015 to install PTC systems. 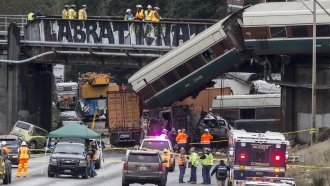 But the rollout was put on the back burner thanks to the technology's hefty price tag — an estimated $22.5 billion over 20 years.

So Congress extended the deadline to the end of 2018, with the possibility for two additional years if certain requirements are met.

Monday's derailment left three people dead and dozens of others injured. Officials said the train was traveling more than 50 miles per hour over the speed limit when it crashed.