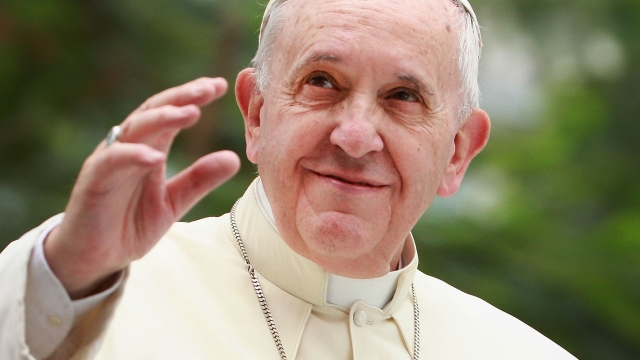 Pope Francis said Sunday that Christians should apologize to gay people for how the church has treated them.

When asked if he agreed with a German cardinal who, after the Orlando shooting, said the church should apologize to gay and lesbian people, the pontiff said, "I repeat what the Catechism of the Catholic Church says: That they must not be discriminated against, that they must be respected and accompanied pastorally."

The pope made the comments during a press conference aboard the papal plane on his return from Armenia.

He went on to say: "The Church must ask forgiveness for not behaving many times — when I say the Church, I mean Christians! The Church is holy, we are sinners!"

Pope Francis added Christians should seek forgiveness not only from gay people but from other groups it may have offended, including exploited women and children, and the poor.

While the comments have gained quite a bit of attention, they may not come as much of surprise to some. In 2013, Pope Francis told reporters, "If someone is gay, who searches for the Lord and has goodwill, who am I to judge?" However, he maintained the church's teaching that "homosexual acts" are sinful.

Even so, the pope's comments earned him the title of "Person of the Year" in The Advocate, a popular gay magazine.

This video includes clips from CTV and images from Instagram / Franciscus and Getty Images.