Pope Francis Orders Vatican To Get Finances Under Control 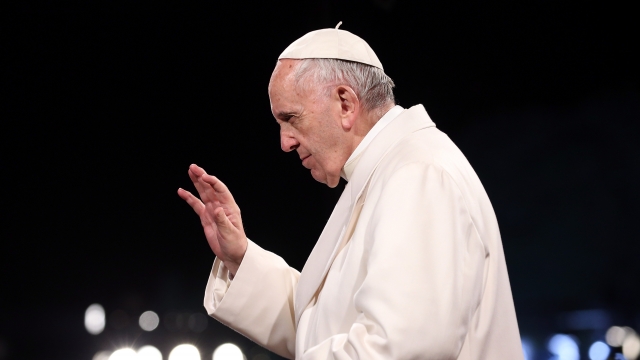 SMS
Pope Francis Orders Vatican To Get Finances Under Control
By Adam Elrashidi
By Adam Elrashidi
September 4, 2019
The Vatican's deficit reportedly doubled in 2018 to nearly $77 million on a budget of about $330 million, causing concern among Vatican officials.
SHOW TRANSCRIPT

Pope Francis has ordered the Vatican to rein in spending and get its budget deficit under control.

The Wall Street Journal reports the Vatican's deficit doubled in 2018 to nearly $77 million on a budget of about $330 million. Vatican officials are concerned this issue could compromise the pope's mission and the ability to preserve historic buildings and employee pensions.

The Vatican's operational budget includes the church's various investments, properties and media ventures. A sizable portion - almost half of its budget - is dedicated toward the salaries of its roughly 3,000 employees. Vatican City earns millions of dollars in revenue every year through its museums, and contributes about $33 million to The Vatican's government, known as the Holy See, to help cover its annual deficit.

In 2012, leaked documents revealed widespread corruption and money-laundering activities at the privately-held Vatican Bank, which reports to a committee of cardinals and the pope. The scandal prompted the bank to close thousands of suspect accounts, and Pope Francis has reportedly worked to ensure compliance with international standards since assuming the papacy in 2013.

In 2014, Pope Francis appointed Australian Cardinal George Pell as the Vatican's financial chief. But Pell left the post two years ago amid sex-abuse charges and the Vatican has since remained without a finance chief.

Pope Francis asked Cardinal Reinhard Marx, the head of the Vatican's financial oversight council, to "study all measures deemed necessary to safeguard the economic future of the Holy See" and "ensure that they are put into effect as soon as possible."

Cardinal Marx and other Vatican department chiefs will reportedly meet Sept. 20 to discuss how they can work to balance the Holy See's budget.