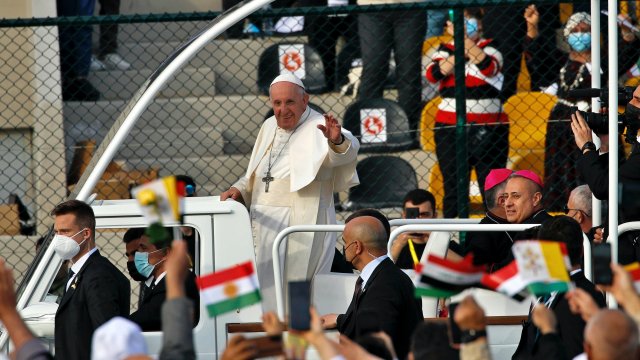 Pope Francis has wrapped up a historic trip to Iraq urging Christians there to move past the injustices done to them by Muslim extremists and help rebuild the country's religious community.

In his four day visit to Iraq, he visited multiple places of worship destroyed by ISIS terrorists, who drove out much of the country's Christian population during their three-year rule. There are only a few hundred thousand Christians there today, compared to the 1.5 million before 2003.

Some 8,000 people joined him for a mass in a northern Kurdish stadium ending what the Vatican News called his *most important trip yet as pope.