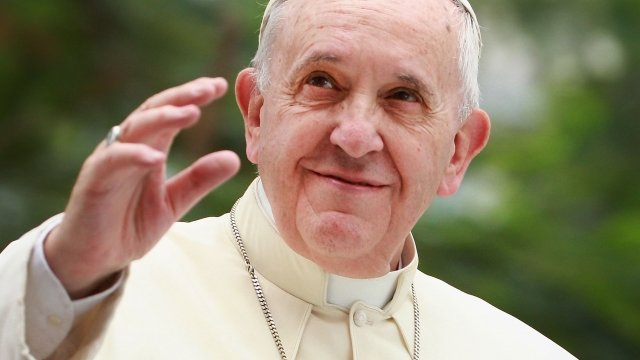 During a speech to diplomats Monday, Francis said, "There is a need to take up, in a united effort, the responsibility of leaving to coming generations a more beautiful and livable world."

Pope Francis Urges Support For Dialogue On The Korean Peninsula

Pope Francis is calling on nations around the world to support talks between North and South Korea.

The pope has made it very clear where he stands on the issue of global warming.

And just last month, he urged people to understand the "necessity to implement decisions that are truly effective in contrasting climate change."