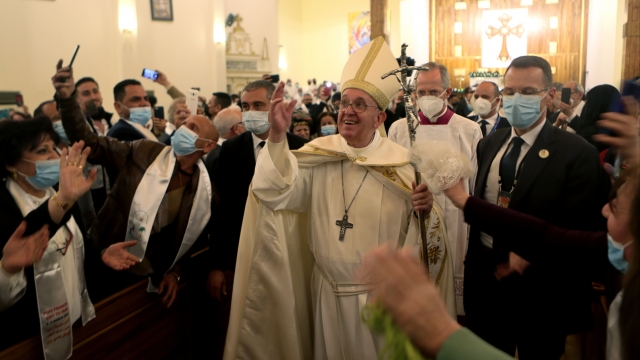 Pope Francis joined in a historic meeting Saturday with the Iraq's top Shiite cleric. The Pope's visit with Grand Ayatollah Ali al-Sistani delivered a message of unity and peace in a country still reeling from armed conflicts over the past decade.

The pontiff's four-day religious tour is meant to improve interfaith relations, with the hope of preserving Iraq's diminishing Christian population.

After his private meeting with al-Sistani, both religious leaders stressed the importance of harmony. The Vatican said the Pope thanked the Iraqi leader for having "raised his voice in defense of the weakest and most persecuted."

On Sunday, the Pope will travel to northern Iraq to pray at a church destroyed by ISIS militants during an armed occupation of the city.