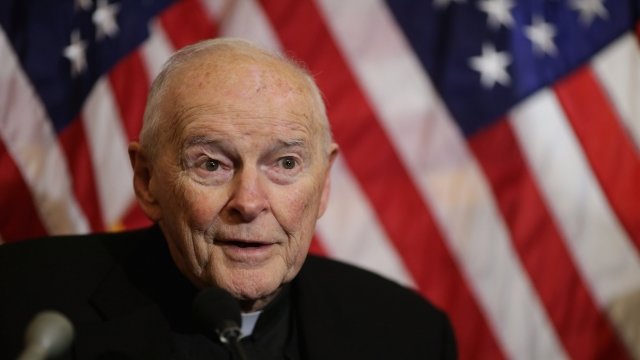 Last month, McCarrick was removed from public ministry. An investigation found credible allegations that he had sexually abused a teenager 47 years ago when he was a priest in New York. McCarrick has said he's innocent.

The Vatican says the pope has ordered McCarrick to live a life of "prayer and penance" until the accusations against him can be investigated in a "canonical trial."

The New York Times reports McCarrick's resignation will be the first from the College of Cardinals since 1927.