Pope's Call To Respect All Ethnic Groups Might Not Be Enough 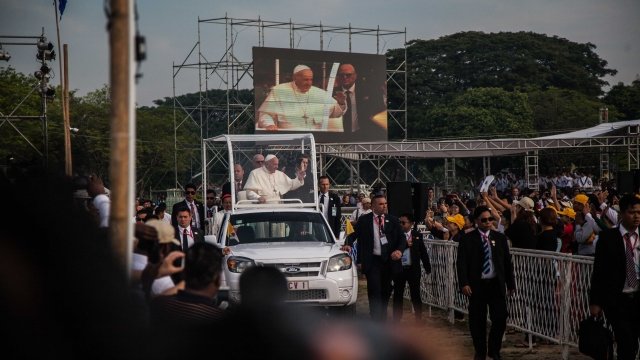 SMS
Pope's Call To Respect All Ethnic Groups Might Not Be Enough
By Ryan Biek
By Ryan Biek
November 29, 2017
Nearing the end of his historic trip to Myanmar, Pope Francis still hasn't said "Rohingya," and some activists have taken issue with that.
SHOW TRANSCRIPT

As Pope Francis nears the end of his historic trip to Myanmar, he still hasn't said "Rohingya."

Myanmar is a predominantly Buddhist nation, and its military is accused of waging an "ethnic cleansing" campaign against Rohingya Muslims. Hundreds of thousands of people in the minority group have fled to nearby Bangladesh.

Francis has spoken on behalf of the Rohingya people multiple times before.

But before he arrived in Myanmar, Catholic representatives warned against using the word "Rohingya," saying it could lead to protests against minority Muslims. 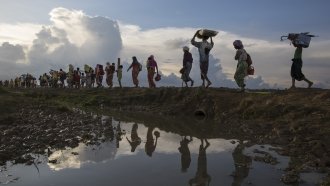 He followed that advice with less than a day left in his visit. The pope's public speeches have broadly preached respect for "each member of society" and "each ethnic group."

That might sound like a clear reference to the Rohingya's plight, but Myanmar's government doesn't consider them members of society or one of the country's ethnic groups.

The ruling party says the Rohingya should be called "Bengalis" — which asserts they are really illegal immigrants from Bangladesh.

Francis met with Myanmar's military chief on Monday. But after their talk, the country's general claimed no religious or ethnic discrimination exists in his country.