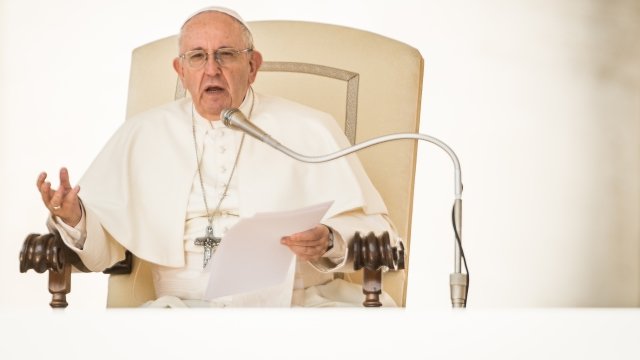 Pope Francis made a move that seems to indicate he's serious about combating clerical sex abuse within the Roman Catholic Church.

On Thursday, the pontiff defrocked 88-year-old Rev. Fernando Karadima of Chile, a priest central to an abuse scandal that became public in 2010. That's the most severe penalty for a priest.

Karadima was originally given a lighter sentence by a Vatican court in 2011. At the time, he was found guilty of sexually abusing minors and sentenced to a lifetime of prayer and penance.

In a statement released Friday, the Vatican said the pope's decision to remove him from the priesthood was made "for the good of the Church." It's not clear what exactly prompted the pope to do this.

The church has signaled it's taking steps toward a tougher stance on the issue, following criticism from some that its response to the crisis hasn't been enough.

In February, Catholic bishops from around the world will meet at the Vatican to discuss ways to prevent clerical sexual abuse.