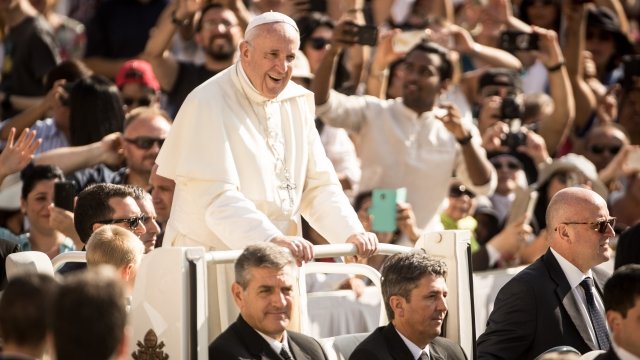 By Katherine Biek
December 20, 2018
Auxiliary Bishop Alexander Salazar had previously been accused of sexual misconduct with a minor. The incident reportedly happened in the 1990s.
SHOW TRANSCRIPT

A Los Angeles auxiliary bishop resigned from his position after an oversight board determined he'd been credibly accused years ago of sexual misconduct with a minor.

The Archdiocese of Los Angeles said Salazar's alleged misconduct stems from an incident in the 1990s, when he was a priest.

Law enforcement reportedly investigated the allegation in 2002. And although authorities recommended Salazar be prosecuted, the district attorney never brought any charges against him. A congregation within the Vatican also investigated and imposed "precautionary measures" against Salazar.

The archdiocese said Salazar repeatedly denied the allegations. But a more recent review looked back on Salazar's alleged misconduct and found it to be "credible."

News about Salazar's resignation comes as the Catholic Church is deep in a clergy sex abuse scandal and is scrambling to figure out how to respond to it.

Back in August, the pope issued a letter to all Catholics condemning sexual abuse by priests, as well as its cover-up. He's scheduled to hold a summit with other top Church officials in February to discuss preventing clergy sex abuse.