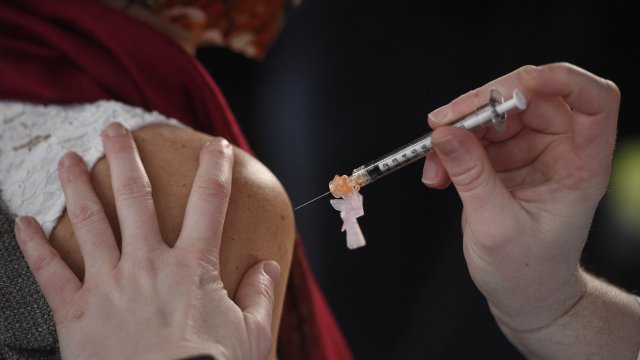 For people in the U.S., the U.K. and other wealthy nations, getting vaccinated against COVID-19 seems to be just around the corner.

But for billions around the globe, vaccination likely won't happen until 2022 — if not later.

As a flurry of vaccine candidates moves through clinical trials and approval processes, the U.S. and other rich nations have already pre-ordered enough doses to inoculate their populations multiple times over.

They’re trying to hedge their bets in case some vaccines prove unsuccessful. But this leaves poorer countries with a much smaller slice of the vaccine supply.

"It really makes no sense for a rich country to only worry about itself. That rich country can never, ever hermetically seal itself off from the rest of the world," said Yamey.

In 67 developing or poor countries — most of them in Africa —  only 10% of the population is set to get vaccinated next year, according to a new analysis by Amnesty International and other groups.

"It's very important to make sure that those populations across the world are vaccinated. And we're not focusing on vaccinating entire populations of only a few handful of countries," said Tamaryn Nelson, a health advisor at Amnesty International.

Unlike richer countries that are making bilateral deals with vaccine companies, these 67 nations rely entirely on a globally funded initiative to buy and distribute vaccines equitably.

The project, known as COVAX, has only secured 700 million vaccine doses so far — to be shared among 3.6 billion citizens in 92 countries.

But supply should increase over time.

"It is still likely to take perhaps into 2022 or 2023 before we can envisage global vaccine herd immunity," said Yamey.

Experts and advocates are calling on wealthy governments and pharmaceutical companies to do their part to ensure we reach that milestone as soon as possible.