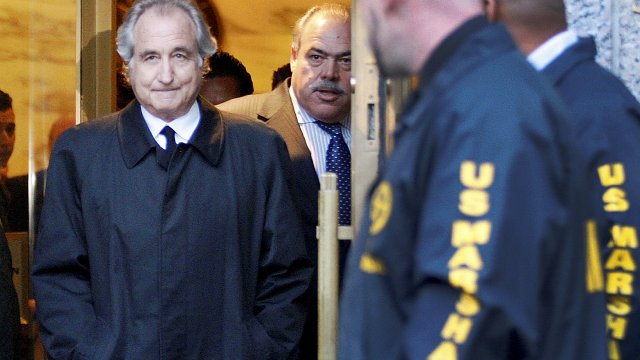 Bernie Madoff, responsible for the largest Ponzi scheme in U.S. history, died on Wednesday at 82.

The Bureau of Prisons said Madoff died in North Carolina, where he was serving a 150-year sentence. It comes a year after his lawyers requested an early release during the COVID-19 pandemic, due to chronic medical conditions — an appeal that was ultimately denied.

Madoff was arrested in 2008 and sent to prison the following year for fraud, stealing $64.8 billion from his clients. He quickly became a symbol of Wall Street greed, leading to widespread public outrage and congressional hearings.

“Madoff's firm had conducted absolutely no trading for at least 13 years; 13 years of false earnings and 13 years of no trades," said former U.S. Sen. Max Baucus.

His clients ranged from Hollywood filmmakers and former lawmakers to small-time investors, who trusted him with their entire savings.

Madoff’s scheme was exposed following the 2008 financial crisis, when investors sought to withdraw funds they invested with his firm.

“In this case of this economic recession, caused by a lot of people taking chances and doing things that weren't very transparent, we've got to bring some transparency to this," said U.S. Sen. Chuck Grassley.

More than a decade after Madoff's arrest, the legacy of his crimes continue to permeate the skepticism of America's financial institutions.