Pompeo Says North Korea Has 'A Ways To Go' To Denuclearize 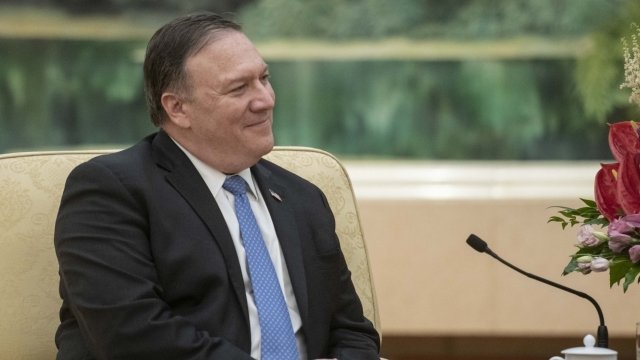 U.S. Secretary of State Mike Pompeo says North Korea "still [has] a ways to go" before it fully denuclearizes.

While speaking with reporters in Singapore, Pompeo said the country is still in violation of multiple U.N. Security Council resolutions.

His comments come after President Donald Trump received another letter from North Korean Leader Kim Jong-un Wednesday. Trump sent back a letter of his own, but the White House has been pretty closed-mouthed about the correspondence other than to say that the two leaders discussed their agreement to work toward a denuclearized Korean Peninsula.

Pompeo is in Singapore to attend an annual security forum with the Association of Southeast Asian Nations. North Korea's foreign minister is also in attendance.