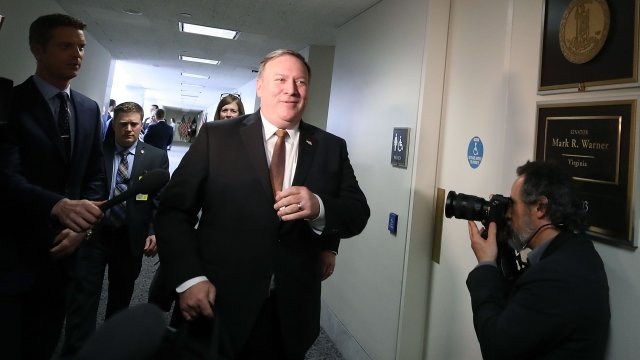 U.S. Secretary of State Mike Pompeo said that when it comes to negotiating North Korea's denuclearization, he's not going to enforce any specific timeline.

Pompeo's comments to CNN appear to contradict a senior defense official who told reporters earlier this month that the Trump administration would be presenting a timeline of "specific asks" to North Korea soon. Although, a Pentagon spokeswoman has since said defense officials would only speak about military-related aspects of the negotiations.

Pompeo himself previously said the Trump administration hoped for a "major disarmament" by North Korea by January 2021.

Now instead of a timeline, Pompeo told CNN he will "constantly reassess" whether North Korea is taking steps to get rid of its nuclear weapons.

Last week, Reuters quoted Pompeo as saying he expected to travel to North Korea "before too terribly long" to follow up on commitments made by President Donald Trump and North Korean leader Kim Jong-un.