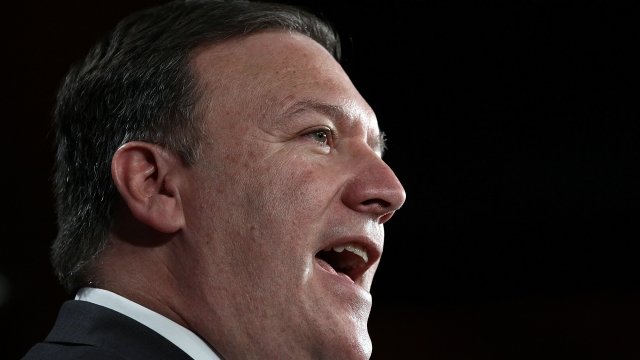 CIA Director Mike Pompeo hasn't been confirmed as secretary of state yet, but he's apparently getting a head start on the job anyway.

President Donald Trump confirmed Pompeo has been meeting with North Korean leader Kim Jong-un before the planned high-level talks between Trump and Kim.

"Y'know, given the history of the CIA, I'm just not going to talk about it," Pompeo said in response to a question. "Someone might think there was a coincidence if there was an accident. And it's just not fruitful." 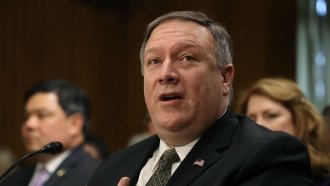 Senators Ask Pompeo If He'll Stand Up To Trump

But during his Senate hearing, Pompeo made clear he's not aiming for a regime change in North Korea and says he views diplomacy as America's first resort on the peninsula.

Pompeo told the Senate, "My role as a diplomat is to make sure that we never get to a place where we have to confront the difficult situation in Korea that this country has been heading to for a couple of decades."

Pompeo might actually be a good fit to talk with North Korea. He's not technically a diplomat yet, so he can probably avoid getting into the fine details of any demands the North might bring to the table.

And North Korea pays attention when the U.S. sends high-ranking ex-military officials to negotiate. When former Director of National Intelligence James Clapper visited the country in 2014, he secured the release of two American prisoners without any public concessions.

Trump is tentatively supposed to meet with Kim in late May or early June. Negotiators are still trying to work out the best place to meet.