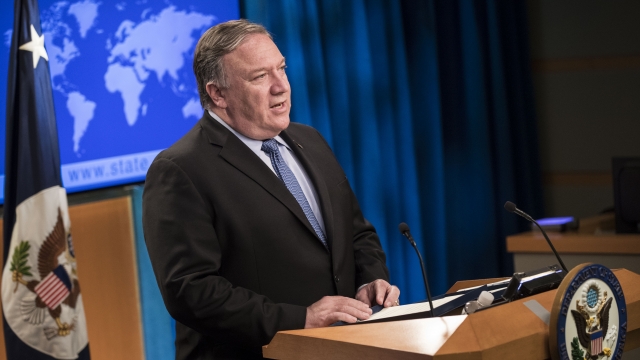 "Our first stops will be in the kingdom of Saudi Arabia and the United Arab Emirates. Two great allies in the challenge that Iran presents. And we'll be talking with them about how to make sure that we are all strategically aligned, and how we can build out a global coalition," Pompeo told reporters Sunday.

The State Department said Pompeo is meeting with Saudi King Salman and Crown Prince Mohammed bin Salman before he flies to the United Arab Emirates.

Tensions between the U.S. and Iran escalated last week after Iranian forces shot down an unmanned U.S. military drone.

On Friday, President Trump tweeted that the U.S. had planned to retaliate with a military strike against Iranian targets, but that he called it off at the last minute after learning that 150 people would die. He said he didn't believe those expected casualties was "proportionate" to Tehran shooting down a drone.

Iran's said that the drone it shot down last week violated Iranian airspace and on Monday the country's naval chief told defense officials that "the crushing response can always be repeated." U.S. officials, meanwhile, said the drone was flying over international airspace above the Strait of Hormuz when it was shot down.