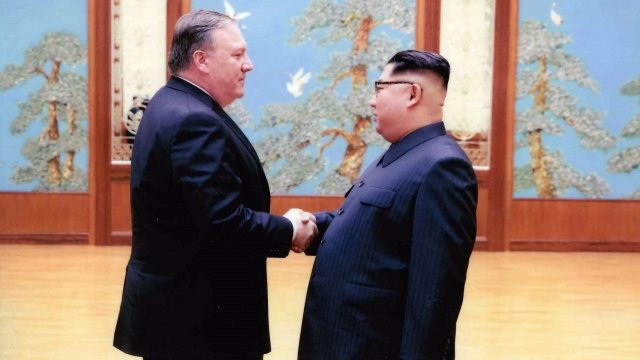 U.S. Secretary of State Mike Pompeo will travel to North Korea to meet Kim Jong-un for another go-around of talks at getting the leader to give up nuclear weapons.

The meeting will take place in Pyongyang on Sunday and will be Pompeo's fourth visit to the country since becoming secretary of state.

He'll first visit Japan on Saturday, then North Korea on Sunday, and finally South Korea and China, according to a State Department spokesperson.

President Donald Trump and Kim reportedly reached a denuclearization agreement during a summit back in June, but most of the details are still unclear. North Korea has taken steps toward that goal, including suspending missile testing, but it says it wants relief from international sanctions before it gets rid of its nuke program altogether. U.S. officials have said the sanctions are here to stay until North Korea completely denuclearizes.