Pollsters Are Running Out Of Ideas, So Now We Know Where Voters Shop 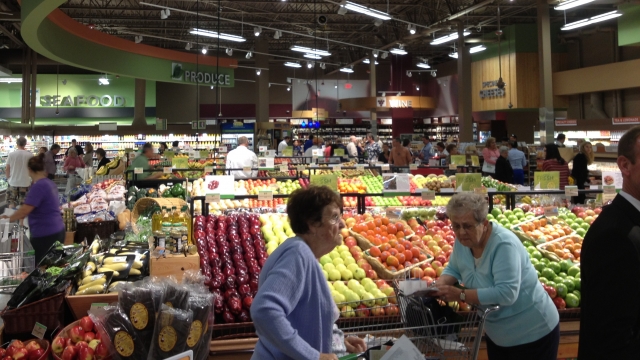 This election season seems to be poll after poll, survey after survey. Now that we've narrowed the race down to two presumptive nominees, the attention is turning to those nominees' supporters. The latest topic of interest? Shopping habits.

There are three convenience stores on that list, and many of the locations for each company are on the East Coast. One of the two grocery stores is only in the Northeast. And the wholesale club is also primarily on the East Coast.

Of those three convenience stores, one has locations in nearly every state, and the other two are more common in the southern half of the country. And the grocery store, Publix, is in the southeastern U.S.

One common thread between both candidates: grocery stores and convenience stores. Because everybody's got to eat, and everybody needs gas.