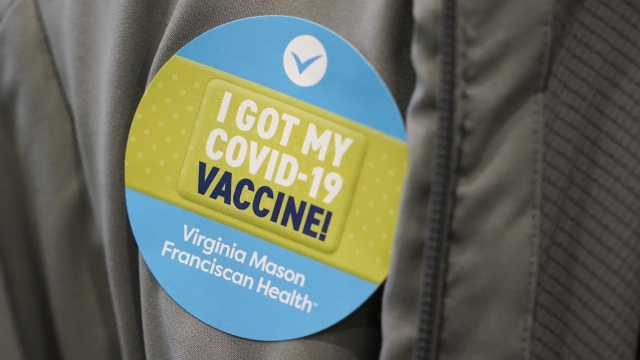 Experts recommend linking vaccine to common issues like health of economy to convince reluctant GOP members to get shots.

Polls show that Republicans are less likely than Democrats to get COVID-19 vaccines. In one survey, the data firm Invisibly found that 71 percent of people who identify as strong Republicans said they probably won’t get vaccinated, as compared to 21 percent of strong Democrats who say they’ll skip the shots. Responses vary on why.

"The most common one is that people are worried about side effects and that either they don't want to, they're worried about what happens immediately, or it's too new. … So it's not that they’re a no, but they’re a no for now," said Don Vaughn, head of product at Invisibly.

Experts we spoke to say we must look beyond politics to tackle this resistance.

"We really need to get past this idea of such a strong identity of politics and response to the vaccine and get back to the idea that we're all Americans. We all want our economy open. We all want that to be done safely," said Dr. Kevin Schulman a professor of medicine at Stanford University.

Schulman says marketing strategies can help. He and marketing professor Stacy Wood wrote a paper titled: "Beyond Politics: Promoting COVID-19 Vaccination in the United States." Among the 12 tactics they suggest: Finding a common message that resonates between polarized groups — like the impact of the coronavirus on the economy. Another? Seeing more people and leaders get vaccinated.

"In a case where identity is involved, we need those group leaders to step forward and say this is congruent, this is resonant with our identity," said Wood, a professor of marketing at North Carolina State University.

Another tactic — people wearing tokens like a bracelet or a sticker that says “I’m Vaccinated” because it increases awareness.

"This vaccine rollout is actually a communication strategy that's targeted to all of us," said Schulman.

Wood also says the surveys don't tell the whole story; there are examples of Republicans who want to get vaccines.

"Florida is a politically more Republican state, and yet it's a state that has been very adamant about getting vaccines and getting them quickly," said Wood. "So if you look at older Republicans in Florida, you'll see that there isn't just this kind of very simple political divide."