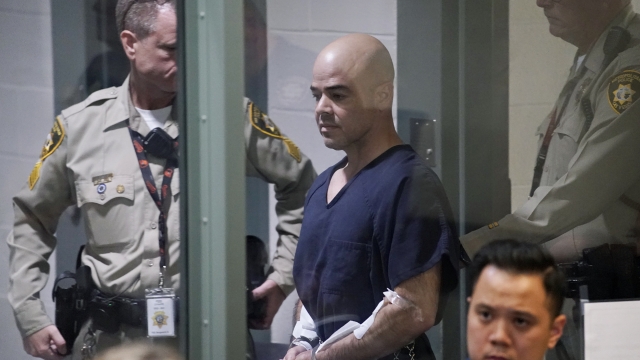 The DNA of a jailed elected official who was angered by past and upcoming newspaper stories was found on the hands of a Las Vegas investigative reporter who fought for his life while being stabbed to death outside his home, authorities said Thursday. 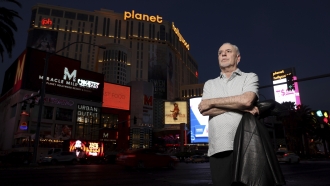 County Public Administrator Robert Telles stood handcuffed in court with bandages on his wrists and police officers at his elbows while a prosecutor told a judge that Las Vegas Review-Journal reporter Jeff German’s death was a planned attack by an assailant who left his own cellphone at home and waited in a vehicle outside German’s home.

“The published articles regarding a public figure, the public administrator’s office, ruined his political career, likely his marriage, and this was him lashing out at the cause,” Chief Deputy Clark County District Attorney Richard Scow said of Telles.

Las Vegas Justice of the Peace Elana Lee Graham called a police report detailing the attack “chilling," including the discovery of wounds on German’s arms and DNA believed to be from Telles in German’s fingernails.

“He was fighting for his life,” the judge said of the 69-year-old longtime journalist. “It appears from this report that Mr. Telles was waiting ... and called (German) over to the side of his own home.”

Clark County District Attorney Steve Wolfson called German's death “brutal and meaningless” and the case against Telles important for the community. Wolfson said a decision about whether to seek the death penalty will be made in coming months.

Clark County Sheriff Joe Lombardo said Telles was hospitalized for what the sheriff called “self-inflicted” wounds, hours after investigators served a search warrant and confiscated vehicles in the criminal probe of German’s killing.

Telles had been a focus of German’s reporting about turmoil, including complaints of administrative bullying, favoritism and Telles’ relationship with a subordinate staffer in the county office that handles property of people who die without a will or family contacts. Telles, a Democrat, went on to lose his bid for reelection in the June primary.

Telles was identified early in the investigation as a person “upset about articles that were being written by German, as an investigative journalist, that exposed potential wrongdoing," Las Vegas Police Capt. Dori Koren said.

Koren said the items matched those worn by a person captured on security camera video wearing a blaze orange shirt and walking toward German’s home. He showed photos of the shoes and the hat and said they had been been cut up.

A murder weapon has not been found, but Lombardo said police have “distorted” video that shows the attack. He said investigators were attempting to enhance it.

Police believe German was attacked about 11:15 a.m., and his garage door was open.

Telles was questioned by police Wednesday and then returned home, where he ignored reporters’ questions as he entered and did not respond to officers at his door until SWAT units and an ambulance arrived in the evening.

German joined the Review-Journal in 2010 after more than two decades at the Las Vegas Sun, where he was a columnist and reporter who covered courts, politics, labor, government and organized crime.

Clark County officials said Thursday that Telles was suspended and banned from county offices or property pending a review of his position as an elected official.