Police Say Venus Williams Is Not At Fault In Fatal Crash 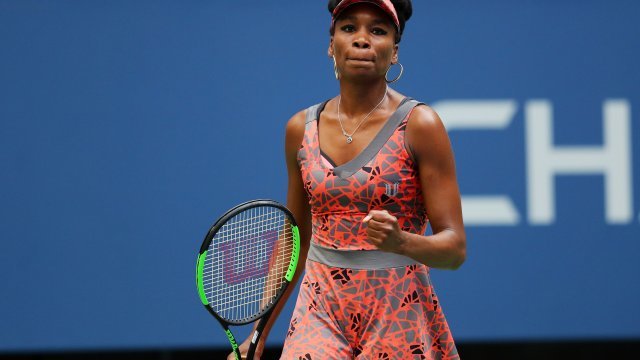 SMS
Police Say Venus Williams Is Not At Fault In Fatal Crash
By Katherine Biek
By Katherine Biek
December 21, 2017
A car crashed into the tennis pro's vehicle in June while she was stopped in a Florida intersection. A passenger in the car died two weeks later.
SHOW TRANSCRIPT

Tennis star Venus Williams will not be charged in connection with a crash that left one person dead, according to police.

Police in Florida released the findings of their investigation into the crash Wednesday and determined that both Williams and Linda Barson, who was driving the car that crashed into Williams' vehicle, were not at fault.

Barson's husband, Jerome, was riding in the car with her at the time of the wreck June 9. He died almost two weeks later from injuries he sustained from the crash.

Police initially found Williams to be at fault, but surveillance footage later showed the tennis pro had entered the intersection lawfully when a Nissan Altima cut her off, forcing her to stop in the intersection.