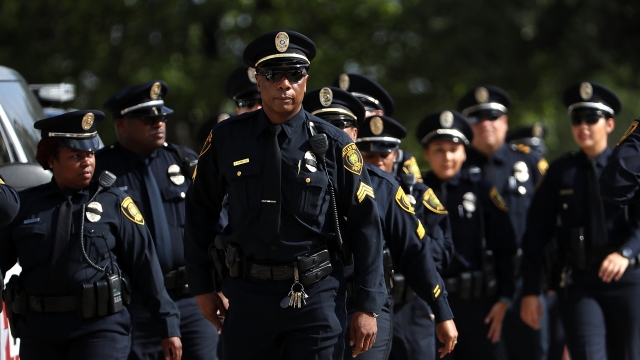 The group's executive director told CNN, "The bulletproof thing goes to the new assertiveness of some violence prone individuals to take action directly against police."

In July, five Dallas police officers were killed by a sniper while providing security at a Black Lives Matter rally.

Walmart pulled a shirt with the same message after a similar complaint. The shirt was offered on its website through a third-party retailer.

This puts Amazon in a tough situation. The police union made it clear it wants the shirt taken down but pulling the shirt could upset Black Lives Matter supporters.

Amazon declined to comment on the request. As of Saturday afternoon, the shirts were still available on the site.