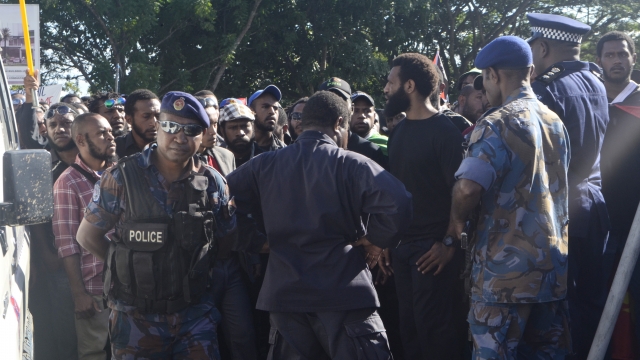 Several students are reportedly dead after protesters clashed with police.

Reports say as many as nine were injured and four were killed, but the government denies anyone died.

One Papua New Guinea Parliament member said he was told by students the shooting was triggered by an argument between protesters and the police.

The students in the country's capital were reportedly heading toward Parliament, calling for the country's prime minister, Peter O'Neill, to resign.

"If we do not do it, nobody will do it; outside us will not do it. We are students, we have this power, this [is the] time to do it. We will do it," a student leader said.

O'Neill has been in the spotlight after the government allegedly paid over $22 million worth of fraudulent legal bills on his orders. What that money was actually used for is still under investigation.

The prime minister has also been accused of a list of other corruption charges, all of which he's denied.

Despite previous calls for his resignation by students and a 2014 warrant for his arrest issued by Transparency International, O'Neill says he won't step down.

Transparency International ranks the country as one of the most corrupt.