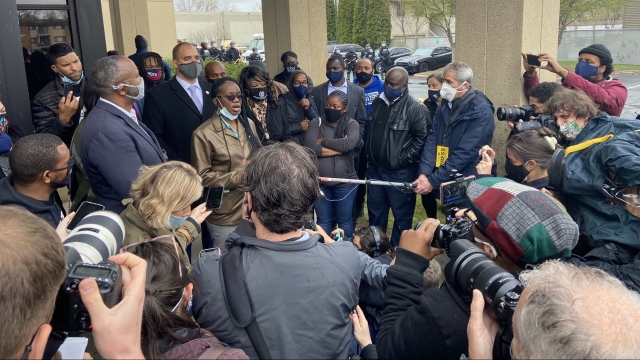 The police chief said she meant to use her Taser, not her handgun.

"My belief is that the officer intended to use their Taser, but instead shot Mr. Wright with a single bullet," said Brooklyn Center Police Chief Tim Gannon. "This appears to me, from what I viewed, and the officer's distress and reaction immediately after, that this was an accidental discharge that resulted in the tragic death of Mr. Wright."

The shooting sparked violent demonstrations. Some protesters reportedly threw rocks at police and officers used tear gas on demonstrators. One official said about 20 businesses were broken into.

Police said Wright had an outstanding warrant. Body cam footage shows him drive away after an officer shoots him during a struggle. Wright crashed moments later and died.

The officer who shot him is now on administrative leave. But activists want her fired and the city's mayor says he supports those calls.

"Let me be very clear, my position is that we cannot afford to make mistakes that lead to the loss of life of other people in our profession," said Brooklyn Center Mayor Mike Elliott. "So I do fully support releasing the officer of her duties."