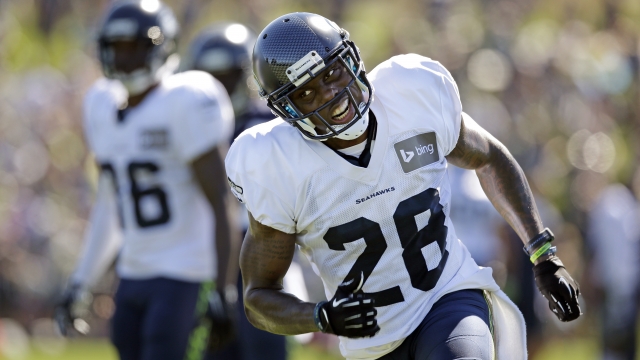 "We have found the person we believe is responsible," Trent Faris, spokesperson for the York County Sheriff's Office, said.

Adams is reported to have shot six people, five of them fatally, before taking his own life.

"It's five people who are deceased from this incident. One was also taken to the hospital with serious gunshot wounds. [We] do not have any information on their condition," Faris said.

Officials with the York County Sheriff's Office say the shooting occurred at the home of Dr. Robert Lesslie. Lesslie, his wife Barbara, two of their grandchildren and a man working at the home, James Lewis, were all killed. According to the Associated Press, Lesslie had treated Adams in the past.

"We're shocked that this type of incident happened in our area in Rock Hill, especially with the amount of people who were involved," Faris said.

Adams played college football for South Carolina State prior to being drafted by the San Francisco 49ers in 2010. Over the course of his career, he spent time on a handful of NFL teams, including the Seattle Seahawks and the Atlanta Falcons.

Like many NFL players, Adams experienced concussions over the course of his career. Concussions and repeated head trauma have been linked to the brain disease chronic traumatic encephalopathy, more commonly known as CTE.

Dr. Julian Bailes is a neurosurgeon and has been a team physician for the NFL and NCAA for more than 20 years.

"We do know that CTE can cause cognitive and emotional problems, behavioral disturbances, and sometimes violent or homicidal suicidal behavior has been recorded," Bailes, co-director of the NorthShore Neurological Institute, said.

Bailes says we won't know whether CTE played a role in this incident until there is an autopsy, but he does say Adams fits the profile for the brain disease.

"So someone who has played at his high level, that includes playing most likely high school or college and professional for a number of years, as well as perhaps even before high school, so that adds up to a lot of years of exposure," Bailes said. "That's how it starts, with that history of having been exposed to thousands of head impacts."

Additional reporting by Michelle Liu and Meg Kinnard of the Associated Press.