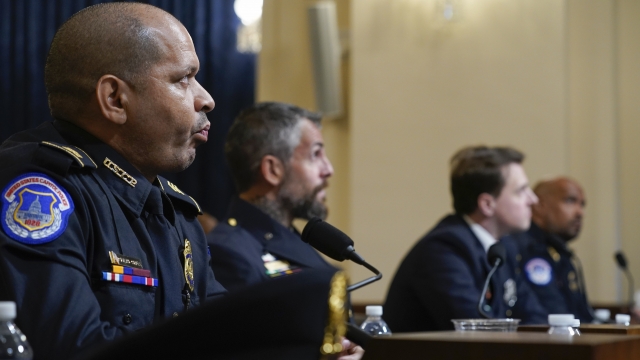 The Chairman of the House committee on the Jan. 6 insurrection wrapped up Tuesday's testimony by asking the four testifying officers what action they wanted to see come out of the investigation.

Officers who responded to the Jan. 6 Capitol riot said they fought a war that day – one they couldn't afford to lose.

Four officers gave emotional, occasionally angry, accounts of the attack, in which they were beaten and verbally abused as the mob of Trump’ supporters overwhelmed them, broke through windows and doors and interrupted the certification of Democrat Joe Biden’s presidential win. 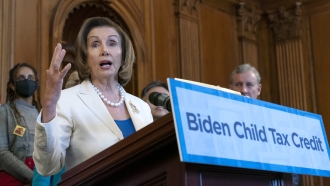 Metropolitan Police Officer Michael Fanone, who rushed to the scene, told the new House committee investigating the attack, "what I am looking for, is an investigation into those actions and activities which may have resulted in the events of January 6th and also whether or not there was collaboration between those members, their staff and these terrorists."

His comments were echoed by Metropolitan Police Officer Daniel Hodges: "I need you guys to address, if anyone in power had a role in this, if anyone in power coordinated, were aided and abetted. Or tried to downplay, tried to prevent the investigation of this terrorist attack, because we can't do it."

Sergeant Harry Dunn, a Capitol Police Officer, used the analogy of someone hiring a hit man to describe what he was looking for.

"There was an attack carried out on January 6th and a hit man sent them. I want you to get to the bottom of that."

Tensions on Capitol Hill have only worsened since the insurrection, with many Republicans playing down, or outright denying, the violence that occurred and denouncing the Democratic-led investigation as politically motivated.

Democrats are hoping to win public support for the probe by reminding people how brutal it was, and how the law enforcement officers who were sworn to protect the Capitol suffered serious injuries at the hands of the rioters.