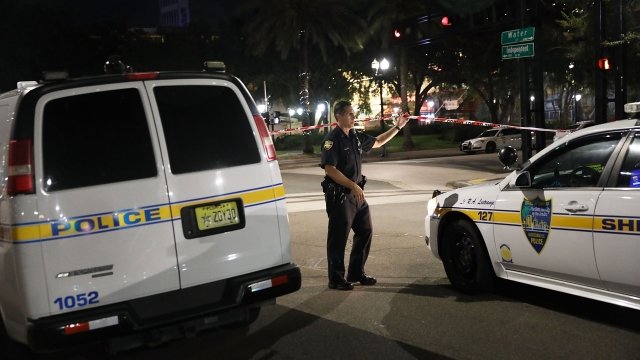 Police say a gunman killed two people after he opened fire during a video game tournament in Jacksonville, Florida, on Sunday.

Authorities said the gunman later died of a self-inflicted gunshot wound. They identified him as a 24-year-old man from Baltimore named David Katz. He was reportedly in town for the Madden NFL 19 qualifier tournament.

An FBI spokesman confirmed to the Associated Press that agents were searching the suspect's home in Baltimore Sunday evening.

The Jacksonville Sheriff's Office also reported that all 11 others who were injured in the shooting and transported to local hospitals were in stable condition.

EA Sports, the maker of the Madden NFL 19 video game, condemned the shooting, as a "senseless act of violence." In a statement, it said it was "devastated" by the incident and that its sympathies go out to the victims' families.

As of Sunday evening, police had not revealed a possible motive for the shooting.