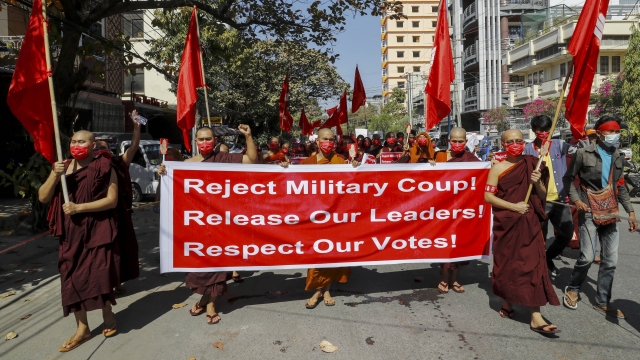 Police and protesters battled in Myanmar in a fifth straight day of demonstrations.

Police sprayed water canons and a human rights group said a woman is believed to have been shot in the head.

Several countries are condemning these actions including the U.S. which said those responsible for the coup will face "significant consequences."