Police Build Timeline Of Dayton Gunman's Actions Before, During Attack 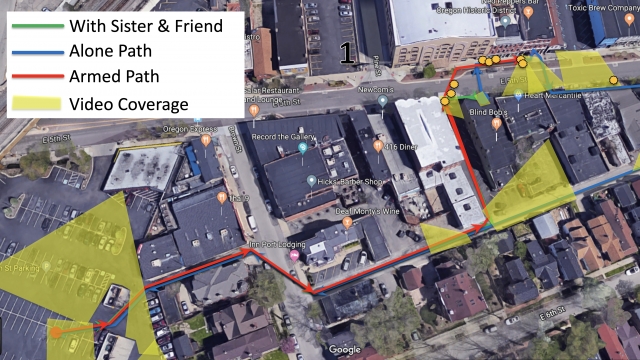 SMS
Police Build Timeline Of Dayton Gunman's Actions Before, During Attack
By Johannah Grenaway
By Johannah Grenaway
August 13, 2019
Police used surveillance footage, witness statements and information from the gunman's phone to piece together a timeline of the attack.
SHOW TRANSCRIPT

On Tuesday, authorities released more details on the Dayton attack after going through the gunman's phone, studying surveillance videos and interviewing witnesses. Police Chief Richard Beihl said they still don't know the shooter's motive, but that they do believe he acted alone because there is no evidence he had an accomplice.

The chief also said investigators found the gunman was obsessed with mass shootings and had expressed that he wanted to commit one.

Surveillance videos were used to piece together a timeline of the attack. Video shows the shooter's sister was one of the first people shot. But police are still not sure if the gunman targeted her, and Biehl said they may never know the truth.

Biehl said the gunman did know his sister and friend were going to a taco stand just before he came down an alley and started shooting, based on their text messages and phone calls.

Surveillance footage shows the three arriving at a bar around 11 p.m. They were there for an hour. Then, the gunman went to another bar called Ned Peppers by himself around 12:15 a.m. Video shows he stayed half an hour and then walked alone to his car and changed into a black hoodie and body armor. He got his gun from the trunk before heading back toward Ned Peppers, and he began shooting just a few minutes after 1 a.m. He killed nine people and injured 17 others.

Biehl said the gunman knew the area and was at the same bar the night before.