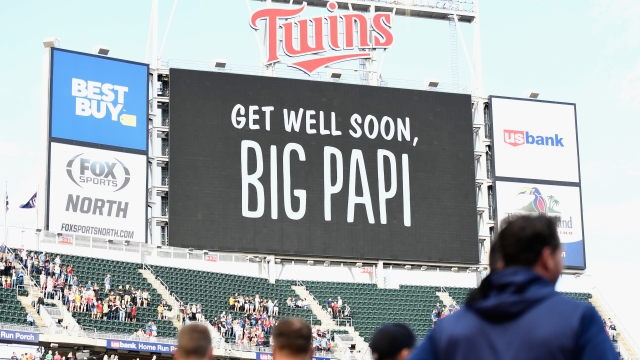 SMS
Police Arrest Suspects Thought To Be Behind David Ortiz Shooting
By LeeAnne Lowry
By LeeAnne Lowry
June 29, 2019
Authorities allege the man behind the shooting was targeting his cousin, not the former baseball player.
SHOW TRANSCRIPT

Ortiz was shot in the back while at a club in the Dominican Republic earlier this month. His wife says he's out of the ICU and recovering.

Police believe one of the suspects — Victor Hugo Gómez — is the mastermind behind the attack. Last week, the prosecutor said he is part of a Mexican drug cartel and had arranged the hit from the U.S. Gómez was arrested in the Dominican Republic on Friday.

Authorities allege he was targeting his cousin, not Ortiz. He defended himself in a video posted by his lawyer Friday, saying he wouldn't try to kill his cousin, "and least of all 'Big Papi.'"

The other man they arrested on Friday — Alberto Rodriguez Mota — allegedly paid for the attack. At least 11 other people, including the suspected gunman, have been detained this month in connection with the shooting.