Hugh Hefner Has Died At 91 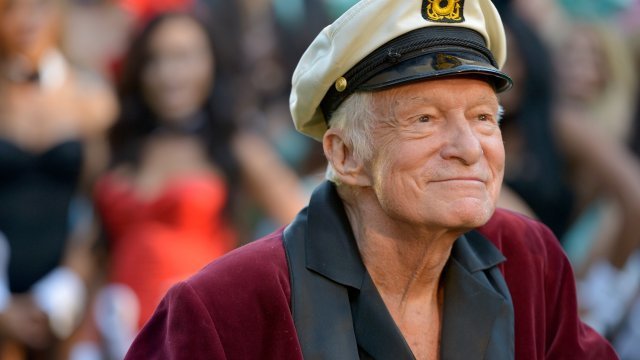 Playboy creator and founder Hugh Hefner has died. He was 91 years old.

A statement released by Playboy said Hefner died peacefully from natural causes at his home.

Hefner started the iconic magazine at his kitchen table in 1953.

Playboy's circulation spiked to a high of almost 7.2 million copies in 1972 but has fallen to closer to 800,000 in recent years.

But his creation has often caused controversy. Some have considered it a mainstream forum for sexual freedom, while others have condemned it as simply sexist.

He eventually built the men's magazine into a massive empire that included clubs, TV shows and even a jazz festival.

Younger audiences might remember Hefner from E!'s show "The Girls Next Door." But Hefner introduced several generations to the taboo of the "sexual revolution," of which he became as much a symbol as the iconic Playboy bunny.

Hefner is survived by his wife Crystal and his four children.