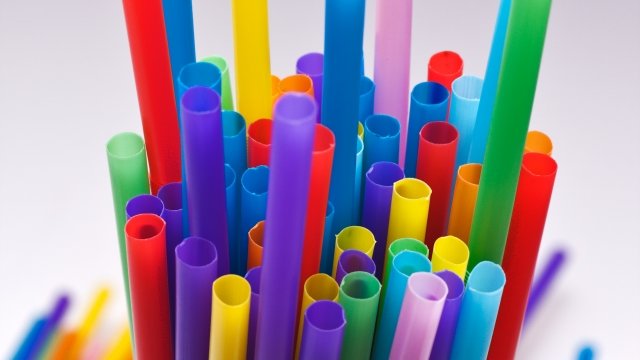 SMS
Why Plastic Straw Bans Aren't Inclusive
By Melissa Prax
By Melissa Prax
July 26, 2018
We talked to two people who have disabilities about why plastic straws matter.
SHOW TRANSCRIPT

Straws have become one of the latest targets of eco-activism. But for some people with disabilities, they're an integral part of daily life.

"I use straws to grab something to drink. I use them in the morning when I'm brushing my teeth, I use them at lunch, at dinner, pretty much any time I'm taking a sip of something. I really can't use my hands to drink things, so if I ever want to have by myself, I put a straw in a cup and place it on the table," said Kevin Fritz, an attorney.

"Plastic straws, for me, are first and foremost about dignity. I mean, for other people, it's even more life or death. But for me, it's dignity," said Adam Ballard, a disability advocate at Access Living. 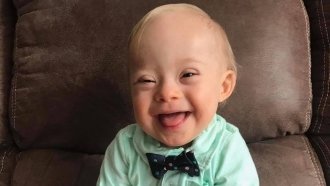 This Gerber Baby Might Lessen The Stigma Surrounding Down Syndrome

A conversation around the environmental impact of plastic straws has turned into concrete action, including bans kick-started by private businesses and restaurants. From the start, people with disabilities have been voicing their concerns.

The entire city of Seattle banned plastic straws at the beginning of July, but that ban was supposed to allow customers to get straws on demand if they needed them. NPR reports disability activists there asked several fast food places if they had straws, but they didn't. Part of this could be that businesses are proactively banning on their own. In the case of Seattle, some private eateries banned plastic straws before the city ban's outlined exceptions.

But there's another, larger protection: The Americans with Disabilities Act.

Fritz said: "The Americans with Disabilities Act has provisions that do require businesses to make reasonable modifications to their certain, normal practices when necessary, so that people with disabilities have access to those things. No court has specifically addressed whether a business has to provide plastic straws."

Some companies that have banned straws nationwide have committed to doing this, including Starbucks. But that brings us to another question: If plastic is the sticking point, what about other alternatives?

"Metal straws aren't positional. So that's already, you know, they're not useful in the same way the plastic straw is. And also a reasonable option, whether it's wood or metal or whatever, it has to be washed, and some of us like me can't wash our straws on our own, so that's inaccessible to me and, again, for the people who have, like, biting, involuntary biting or saliva issues. Those were usable options [that] aren't safe for them," Ballard said.

But the issue of straws may just be a symptom of a larger issue for the disability community: Getting included and being heard.

"Understand that disability is everywhere, that it impacts everything. ... I'm not saying that for sure every single issue has a disability angle, but more issues than you'd think do, so do the due diligence, reach out. You know, find disability advocates and say, 'Hey, we want to do this thing, is it going to be a problem for your community?' Just ask," Ballard said.