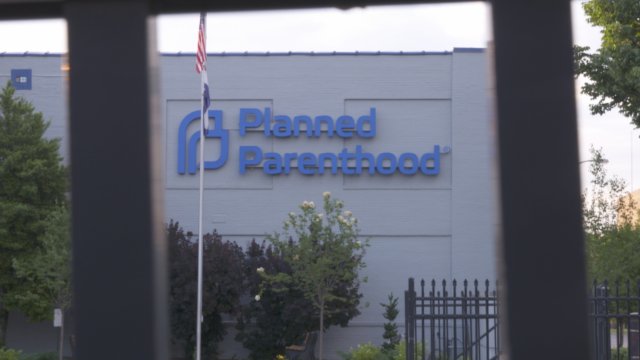 Missouri's so-called "Heartbeat Bill" is officially being challenged. The last abortion clinic in Missouri, the ACLU and a law firm that successfully fought for gay marriage filed the complaint Tuesday.

Gov. Mike Parson signed H.R. 126 into law in May. It's set to take effect Aug. 28. The bill bans abortions after eight weeks. There are no exceptions for victims of rape or incest. Medical emergencies are the only exception.

Newly appointed acting president and chief executive officer of Planned Parenthood Federation of America and the Planned Parenthood Action Fund spoke out in an interview with CBS. Alexis McGill Johnson said, "Many women don't even know that they are aware of their pregnancy, or may have a challenge getting into a clinic for eight weeks."

The bill also includes a "trigger law" if Roe v. Wade is overturned, a ladder of less-restrictive time limits pending courts' decision on what is constitutional, and pre-viability abortion at any state of the pregnancy.

The plaintiffs say these bans violate the 14th Amendment "because each of the bans plainly prohibits a patient from making the ultimate decision to terminate her pregnancy before viability."

According to court filings, plaintiffs seek an injunction and challenge every provision in the bill.