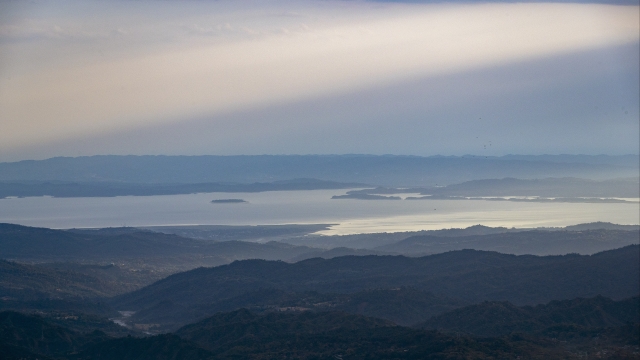 SMS
The Planet Sees Changes Amid Coronavirus Outbreak
By Meg Hilling
By Meg Hilling
April 22, 2020
Scientists have recorded a decline in air pollution and spikes in animal activity.
SHOW TRANSCRIPT

As COVID-19 keeps humans hunkered down around the planet, scientists say they are recording drops in air pollution and spikes in animal activity.

Satellite images reveal lower concentrations of nitrogen dioxide, the air pollutant produced by the burning of fossil fuels for human transportation and industrial production. According to NASA, the nitrogen dioxide levels recorded in the region between Washington, D.C., and Boston are about 30% lower on average for March this year, compared to the March data from 2015 through 2019. Across the Atlantic, the European Space Agency says it has recorded a 45% decline in nitrogen dioxide levels from the previous March in Madrid, Milan and Rome, and a 54% decline in Paris.

Meanwhile, smog is lifting in parts of India, opening up the clearest skies the much of the country has seen in decades.

Animals are taking advantage of the limited human activity and have started roaming empty streets and waterways. Kangaroos have been spotted hopping down city streets in Australia, and herds of goats have been seen at crosswalks in Wales.

Scientists say more data will need to be collected to determine the full impact the recent decline in human activity is having on the planet and what that could mean moving forward.