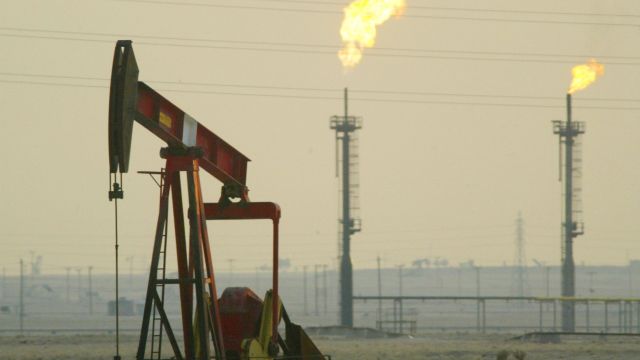 SMS
OPEC Made A Deal To Cut Back Oil Production In 2017
By Jake Jones
By Jake Jones
November 30, 2016
The glut of oil in the global market this year was good for consumers but not for the 14 OPEC member countries.
SHOW TRANSCRIPT

You've probably noticed gas has been cheaper at the pump for the past few months.

Well, don't get used to it.

Saudi Arabia led OPEC in a deal to cut back oil production going into 2017.

It all comes down to supply and demand. An abundance of oil on the market, thanks in part to a fracking boom in the U.S., pushed the price of oil from around $80-$110 a barrel in 2014 to around $30 a barrel.

Oil prices are set by the barrel. The more barrels there are, the cheaper each one is.

It's not an exact science, and it usually takes three to six months for barrel prices to impact gas prices.

That's great for gas consumers, but not as great for the 14 OPEC member states, which rely on strong, steady oil prices to bolster their economies.

The new deal requires both OPEC and non-OPEC countries to scale down their oil production in hopes of pushing prices back up around $50 a barrel.

Don't rush off to the nearest gas station and stock up on fuel, though — OPEC nations have a less than stellar history of following through on agreements to cut back production.

That, along with the risk of profiteers outside the agreement producing their own oil to throw into the mix, should keep your price at the pump at an acceptable rate — hopefully.