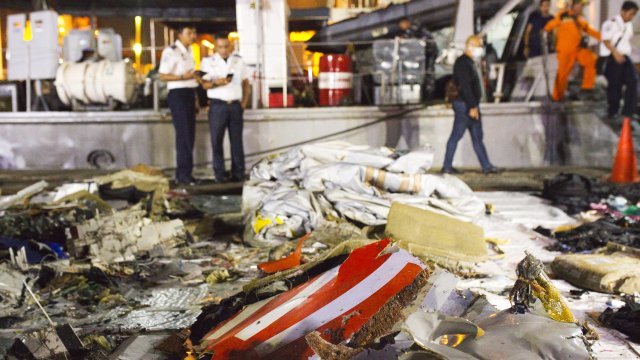 Pilots of the Lion Air plane that crashed last month battled with an automatic system to try to keep the plane in the air. That's according to the preliminary investigation report just released by Indonesia's National Transportation Safety Committee.

The new Boeing 737 MAX crashed into the sea just minutes after takeoff, killing all 189 people on board.

The report says information retrieved from the plane's flight data recorder shows that the pilots fought against the plane's automatic stall-prevention system.

The system was responding to false data that told it the plane's nose was at too high an angle, which could cause the plane to stall. The safety feature then tried to pull the nose down automatically, more than two dozen times. The pilots repeatedly fought to override the system.

While the information gives us a better idea of what happened in the final moments, it doesn't explain why the pilots failed to turn the automatic safety feature off, like a previous crew had when they dealt with a similar issue.

To top it all off, Boeing has been accused of withholding some information about the potential safety hazards connected to that automatic stall-prevention system, which is new to some of its 737 MAX planes.

Experts told The Wall Street Journal earlier this month that pilots and airline managers hadn't even been told the system was put into the new planes, so they weren't ready for the possible risks — like the plane's nose being pulled down automatically.