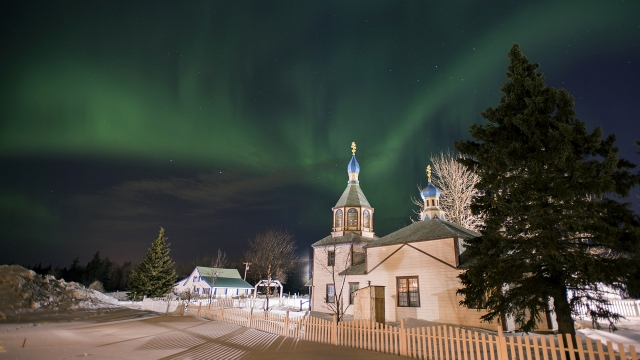 The beautiful mystery that is the northern lights isn't so much of a mystery anymore.A group of physicists from the University of Iowa just released a study that explains how the natural light show happens.It says the aurora borealis is produced by electromagnetic waves during geomagnetic storms.Those waves move electrons toward the Earth, sparking the light show.The theory was reported by a Russian scientist in 1946.