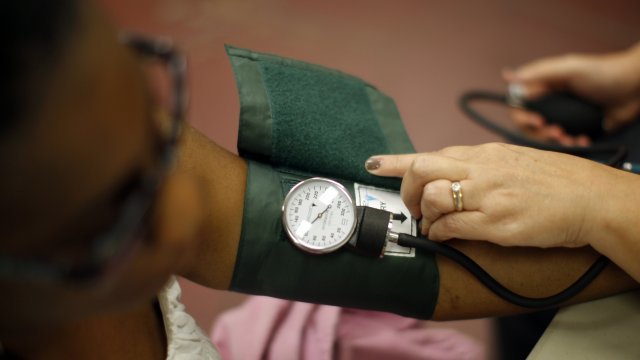 The American College of Physicians is criticizing the latest blood pressure guidelines.

Released last year by the American Heart Association, the updated guidelines lower the threshold for hypertension. That means almost half of all American adults could be classified as having high blood pressure, now defined as 130/80. The move was meant to motivate people to take control of their health, and their blood pressure, earlier.

But the ACP, the second largest professional group of physicians in the U.S., argues the risks associated with putting more patients on blood pressure medication could outweigh the benefits.

"Are the harms, costs, and complexity of care associated with this new target justified by the presumed benefits of labeling nearly half the U.S. population as unwell and subjecting them to treatment? We think not and believe that many primary care providers and patients would agree," Dr. Amir Qaseem, Ph.D, ACP vice president for clinical policy, and others on behalf of its Clinical Guidelines Committee wrote in an editorial accompanying a summary of the guidelines in the Annals of Internal Medicine.

The group's analysis found that along with those risks, the guidelines are broad, offer little evidence and could result in "low-value care."

Hypertension is a risk factor for heart disease and stroke, which are leading causes of death.