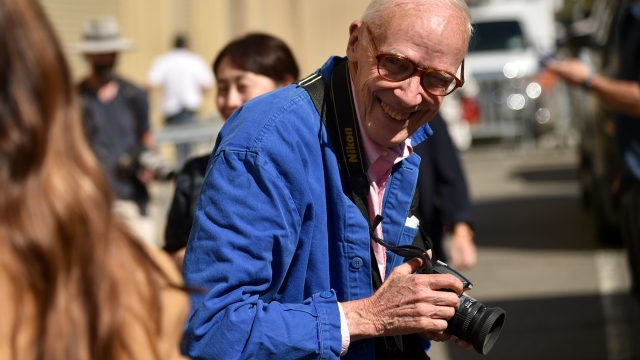 Cunningham was known for candidly documenting New York City street style and was the subject of the 2010 documentary "Bill Cunningham New York."

"If we all went out looking like slobs, like me, it'd be a pretty dreary world," Cunningham said.

"I've said many times that we all get dressed for Bill," Anna Wintour said in an interview.

Cunningham worked for the Times for nearly 40 years. The outlet reported he had been hospitalized recently after a stroke.

"Who thinks about a legacy? I'm a worker in the factory. All we're concerned about is what we're doing today. Never mind a legacy. That's bologna," Cunningham told 92nd Street Y.