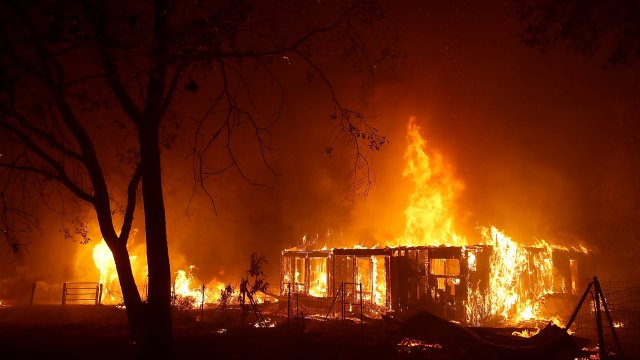 The Pacific Gas and Electric Company has agreed to pay $1 billion to California cities, counties and other government entities for wildfire damage linked to its equipment.

Attorneys for a group of local public entities announced the proposed settlement Tuesday. Because PG&E filed for bankruptcy in January, the agreement is subject to approval in bankruptcy court.

If it's confirmed, the settlement will help cover taxpayer losses from multiple wildfires that hit the state over the past several years.

The town of Paradise would receive $270 million to resolve wildfire claims from last year's devastating Camp Fire. Butte County, where the fire happened, would get $252 million. The funds would also cover damages from the 2015 Butte Fire and a series of blazes in Northern California.

Analysts previously estimated PG&E could face tens of billions of dollars in damages for its role in a number of major wildfires in 2017 and 2018. This settlement would not affect the claims of any residents, individuals or businesses affected by the fires.