Pfizer Seeks FDA Authorization For COVID-19 Boosters For All Adults 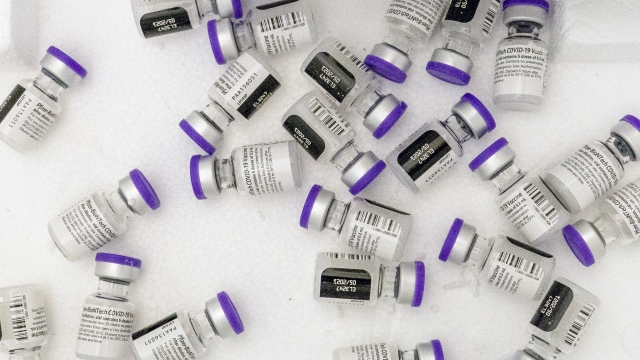 SMS
Pfizer Seeks FDA Authorization For COVID-19 Boosters For All Adults
By Lindsey Theis
By Lindsey Theis
November 9, 2021
A booster would be a full 30 microgram dose given six months after the primary series of two shots given three weeks apart.
SHOW TRANSCRIPT

Pfizer is asking the FDA to give emergency authorization to COVID boosters for anyone 18 and up.

The request is based on early results from a booster study of 10,000 people.

That study showed a booster dose restored protection against symptomatic COVID infection to 96%, even as the Delta variant surged. That study isn't peer reviewed yet.

A booster would be a full 30 microgram dose given six months after the primary series of two shots given three weeks apart.

Dr. Irfan Hafiz is the chief medical officer for the northwest region for Northwestern Medicine. He says they've seen demand for boosters since the original emergency approval for certain age groups.

"We do know that the vaccines are effective. We do know that there is some waning immunity over time," he said. "When it came time for the boosters, we've had people for at least over a month just asking us when they can get their booster."

For Moderna, only people 65 and older and those at high risk for severe infection are eligible.

The FDA and CDC have also signed off on mixing and matching boosters.

No booster has been authorized for those under 18 yet.

Meantime, we could see this approval process go a bit quicker — two steps instead of four.

While the FDA and CDC still need to sign off before boosters for any adult can officially happen, their advisers won't have to meet and weigh in again.